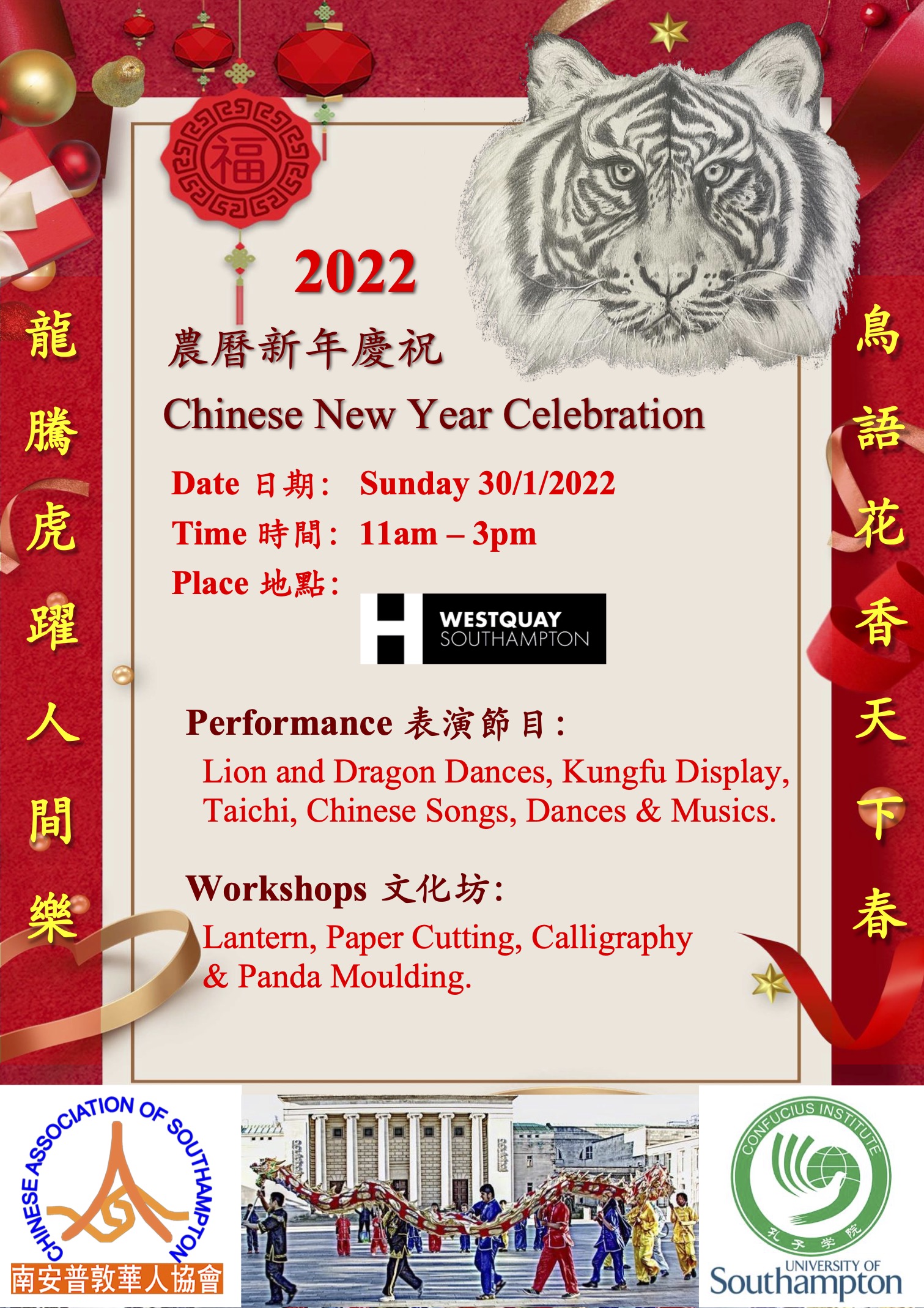 Chinese New Year of the Tiger 2022 at Southampton

The Chinese Association of Southampton and the University of Southampton Confucius Institute once again bring the traditional Chinese New Year celebration to Southampton for welcoming the Year of Tiger in 2022.

This is a community-sponsored free event that aims to share with you the colourful Chinese culture, including traditional lion dance, dragon dance, martial arts and Taichi displays, Chinese music, dances and poems. A range of cultural workshops are also available, including making of lanterns, paper cutting, calligraphy and panda moulding.

The Lion Heralds the New Year 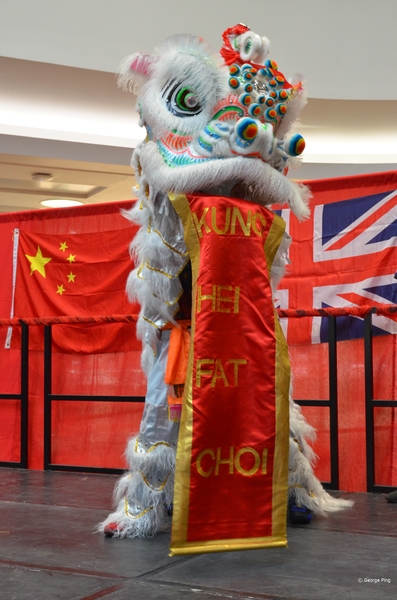 The preparation for the Chinese New Year will soon be heralded by drums and gongs as lion dance performers rehearse their lion dance to bring good luck and prosperity to the New Year. The Lion’s symbol of power, wisdom, and superior strength plays an important role in Chinese mythology, representing joy and happiness.The lion dance will be performed everywhere, around the world, to bring a festive atmosphere with prosperity and good luck to the New Year. The performance is accompanied by music of beating drums, cymbals, and gongs, instruments that synchronise to the lion dance movements and actions.

People often asked “Where did the Chinese lion dance originated?” Most historians believe lion dancing began in the late Han Dynasty (between 206BC – 220 AD), when lions were brought to Northern China from Central Asia as gifts for the emperor. Soon representations of the lion were incorporated into existing traditional dance, where performers mimic a lion’s movement to get rid of the devil and ward off evil spirits.

Come and Join us for the Celebration

We look forward to celebrating the Year of Tiger with you on Sunday 30/1/2022 at Westquay Shopping Centre from 11am. 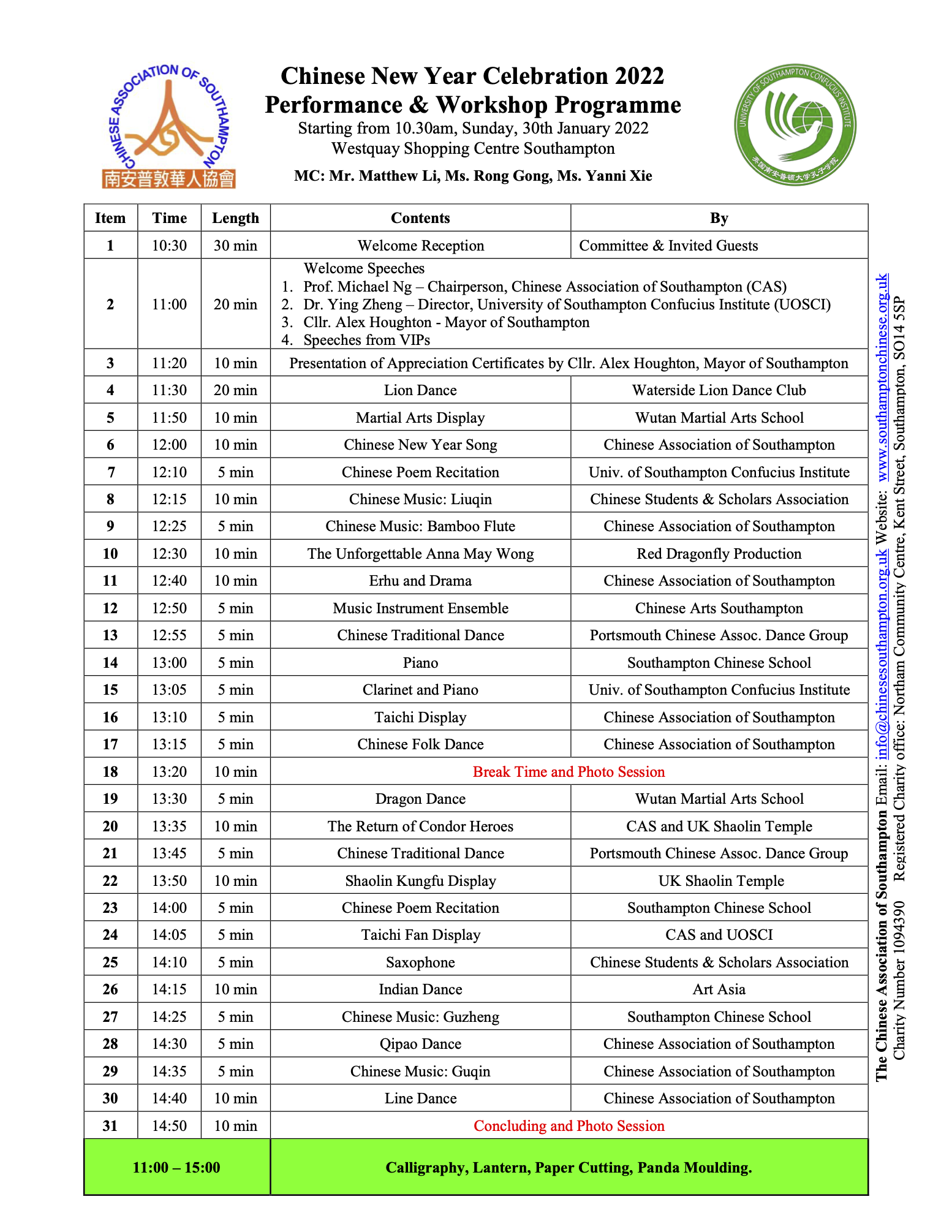